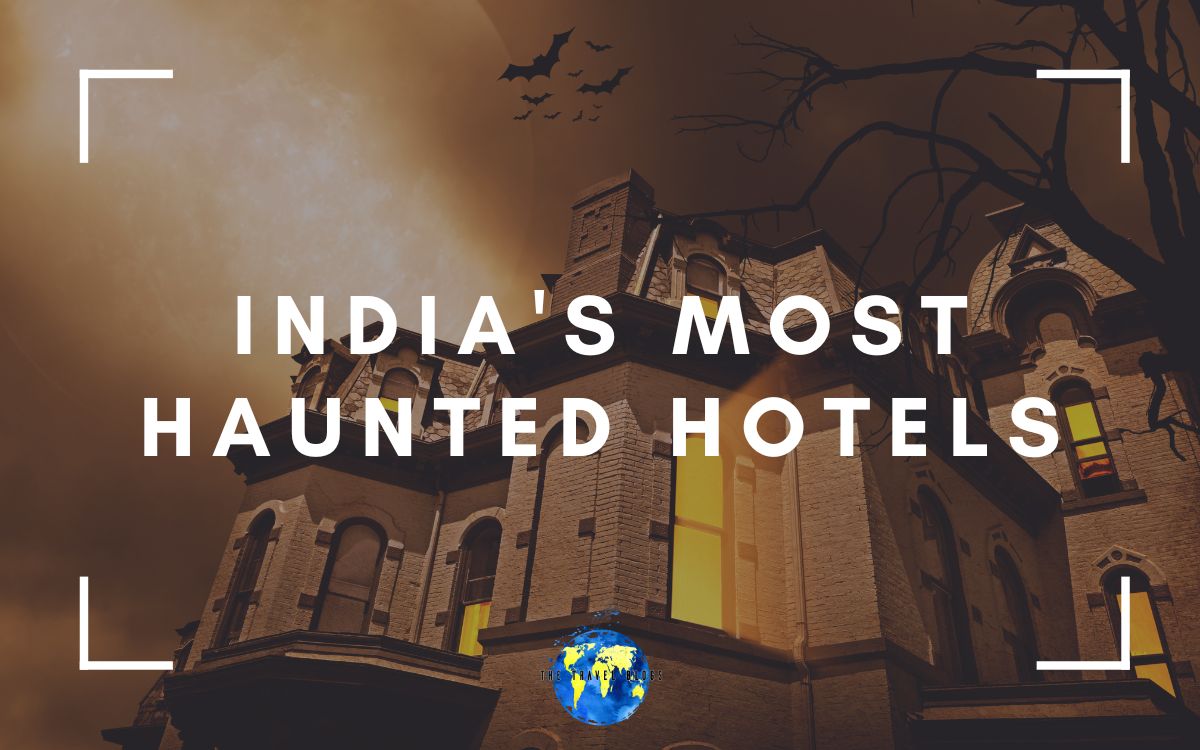 Are you brave enough to stay in one of India’s most haunted hotels? If so, read on, as we’ve got the scoop on some of the country’s most ghostly accommodations. From spooky staircases and dark hallways to unexplained noises and strange sightings, these hotels are sure to thrill you if you’re brave enough to stay there!

If you’re looking for an adventure, why not check out one of India’s most haunted hotels? Just be warned – it may not be all fun and games!

The most haunted hotels in India

Nestled in the foothills of the Himalayas, the Hotel Savoy in Mussoorie is a beautiful hotel with gorgeous architecture; this hotel looks no less than the palace from the fairytale. This very place is the inspiration behind Agatha Christie’s first novel.

But Suppose you’re looking for one of the most haunted hotels in India to stay in a while in Mussoorie, India. In that case, the Savoy Hotel is definitely the place for you. This hotel has a long and dark history, with the Savoy Hotel Mussoorie haunted story dating back to the death of Francis Garnett-Orme in 1911.

She was believed to be poisoned and murdered by her husband, who was having an affair with another woman.

Since then, guests have reported seeing Francis Garnett-Orme’s ghost wandering the hotel hallways. Some have even heard him whispering angrily or crying at night. Additionally, guests have reported strange happenings such as lights turning on and off by themselves, doors opening and closing on their own, and abnormal noises coming from vacant rooms.

The hotel has been investigated by paranormal experts, but no concrete evidence has been found to support these claims. However, that doesn’t stop guests from feeling a sense of dread when staying at this hotel. So, if you’re looking for a spooky and fun experience, then be sure to check out the Savoy Hotel in Mussoorie!

If you’re looking for a spooky weekend getaway, how about a haunted hotel in Lonavala?

The Hotel Raj Kiran in Lonavala is said to be haunted, and many guests have reported strange occurrences during their stay. Lonavala is a well-known mountain resort and weekend getaway for Mumbai residents and the Pune area.

When it comes to the Raj Kiran Hotel haunted story, no one knows why the hotel is haunted. Still, there are too many accounts to ignore that all revolve around a specific room. A mysterious presence has also been confirmed by many paranormal investigators.

Some people have reported seeing an unexplainable blue apparition floating around in the room, while others have had their bed sheets pulled off in the middle of the night. Because of such incidents, the hotel stopped renting this particular room on the ground floor is now permanently locked.

The Hotel Brij Raj Bhavan is located in Kota, which is in the Indian state of Rajasthan. It was initially a fort and the residence of British official Major Charles Burton. This fort was converted into a heritage hotel in the 1980′s. The beautiful interior, wooden corridors and well-maintained exterior add to the beauty of the fort. Moreover, the gorgeously manicured gardens make this hotel really impressive and panoramic.

But that’s not all about this place. There is also a spooky story related to this hotel and which will present this hotel in a different light.

The family of Major Burton lived here for 13 years until the Sepoy Mutiny in 1857, when he was discarded by his own man. He, along with his whole family, was cruelly murdered in the central hall of the palace, and this is the place where you can actually feel something paranormal. Many creepy instances and sightings of Major Burton’s ghost have been reported here.

The Morgan House Tourist Lodge is beautifully tucked into the tiny hill station of Kalimpong in the West Bengal region of India. This hotel’s breathtaking architecture and interior will remind you of the Canterville palace. If you have read the book ‘The Canterville Ghost’ by Oscar Wilde, you will be able to observe the similarity.

This heritage house with the raw brick wall covered in green moss and leaves will take you back to the British era. But, the spooky activities reported at this place will give you goosebumps.

The Morgan House Tourist Lodge haunting dates back to the 1930s when it was a summer house for George Morgan and his new wife. Sadly, not long after moving in, Mrs Morgan passed away, and soon after the death, the house became deserted.

After independence, the house fell into the hands of a trust, and the government took control of the building and turned it into a boutique hotel. But, according to the locals and visitors, it is said that the ghost of Lady Morgan still haunts the place. Many people have heard a lady walking in high heels along the wooden corridors, even those unaware of the stories.

Hotel Fern Hill Palace is situated in the beautiful destination of Ooty in Tamil Nadu. This hotel was built in 1844 and gained fame during the shooting of movies like the Bollywood horror thriller ‘Raaz’ in Ooty.

The stories of the hauntings at the Fern Hill Palace are legendary. One night after the shoot, the entire movie team, including the famous choreographer Saroj Khan and the dancers, experienced something extraordinary that shocked everyone.

They encountered creepy sounds of furniture moving on the hotel’s first floor, and when they tried calling the reception, the lines were dead. The following day, they experienced the strangest thing ever when they woke up. When they reported the incident to the hotel staff, they said there was no first floor. Further, the hotel was once shut down due to clairvoyant activities.

While no one knows what happened in the past to make Fern Hill Hotel a haunting sight, it is known that a girl once committed suicide there . . . coincidence?

The Hotel Taj Mahal Palace first opened in 1903 and has catered to the VVIPs and various celebrities over the years.

The hotel served as a military hospital during World War II and sustained a terrorist attack in 2008. The terrorist attack resulted in 137 deaths, with 31 occurring within the Hotel Taj Mahal Palace.

In fact, an excellent film was made about these attacks, Hotel Mumbai, which is well worth watching to understand more about this horrific incident.

But, Taj Mahal Palace Hotel’s haunted story predates this and goes all the way back to the initial building of the hotel.

It is said that the architect of this hotel, W.A Chambers, went back to England for a short trip after creating the blueprints. When he returned, he noticed the hotel was built in the opposite direction, not made according to his architectural plan.

He was so heartbroken to see that the hotel was not built according to his plans, and he committed suicide by jumping off the hotel’s fifth floor.

It is said that the ghost of Chamber can be seen walking in the old wing of the hotel. Many people from the staff and the guests have encountered bizarre incidents in this hotel.

The film city of Hyderabad seems to have some great bonding with the ghosts and spirits as various paranormal activities have been observed here. It is said that the Ramoji film city is built on the battlefield of Nizams, and several supernatural activities are spotted here, and this place is also powerfully haunted by the ghosts of those who died in the war.

Spooky instances at this place are reported by the guests and film–making staff. Many hotels in this area are considered haunted. Instances like the lights falling off from the roof, the leftover food found scattered all over the floor and Urdu words found inscribed on the mirrors of the hotel rooms. All these things mentioned above make the hotels situated here scary and haunted.

India is a country with a long and rich history, and it should come as no surprise that it is also home to some of the most haunted hotels in the world. Haunted by the spirits of long-dead guests or owners, if you’re feeling brave enough to spend a night in one of these notorious hotels, be sure to bring your camera – you never know what you might capture on film.

But beware, once you step inside one of these haunted places, you may never want to leave…