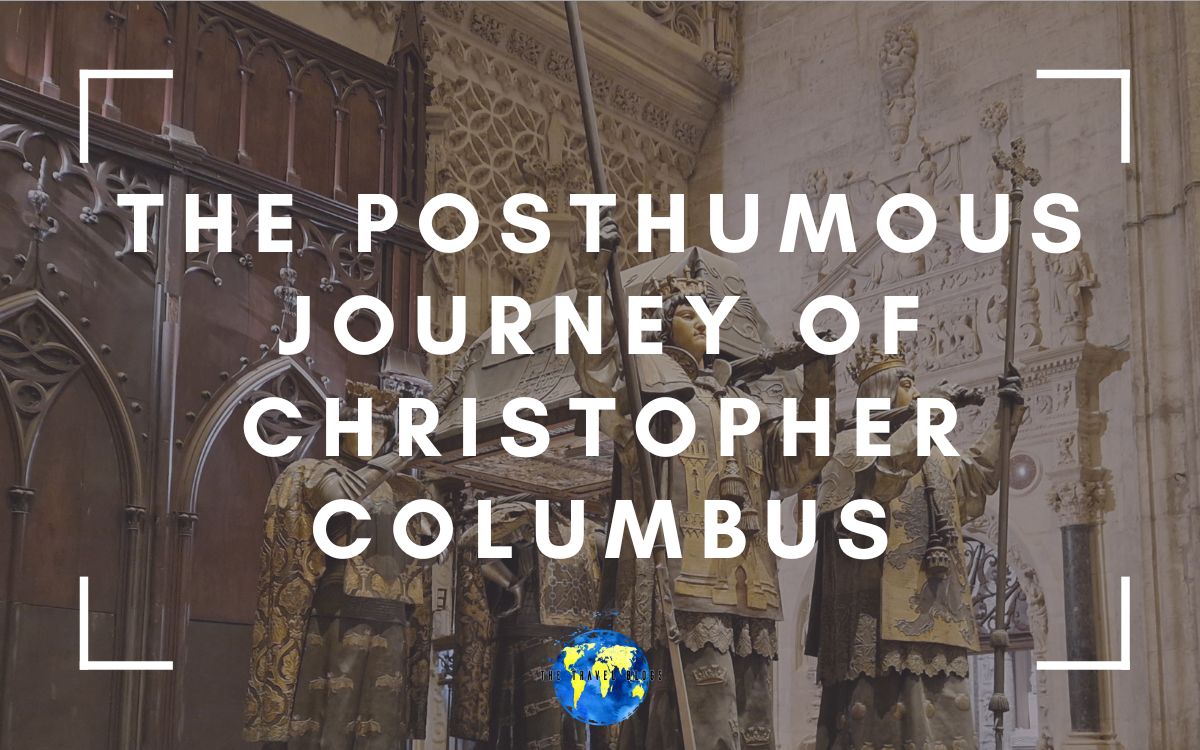 Residing peacefully in the Seville Cathedral . . . well, as peacefully as you can expect in front of thousands of tourists looking for things to do on their day in Seville . . . lies the tomb of one of the world’s most famous explorers, Christopher Columbus.

Along with the Royal Alcazar, it is one of the most popular places to visit and things to see in Seville.

Sadly, despite his fame, Christopher Columbus died aged just 55 and somewhat unhappy in 1506, while residing in the city of Valladolid in northwest Spain.

His condition was called gout at the time, but modern doctors suspect that it was rather Reiter’s Syndrome, a reactive arthritis caused by bacterial intestinal infections or sexually transmitted diseases.

History On The Net

I think it is the clothing brand favorite The North Face that uses the slogan “Never Stop Exploring” and I think that could well be the motto of Mr. Columbus. Even after his death, his body traveled further than most people do in a lifetime.

Not soon after his death, his remains were moved to in Seville where he was revered based on the prosperity his exploration had bought to the southern-Spanish city.

However, in 1542, 36 years after his death, Christopher Columbus was traveling again.

It was decided that his remains should reside in a newly built Cathedral of Santa Maria in the Dominican Republic. After moving house twice in 36 years of death, finally, he had some rest. Well, for 253 years at least, until the Spanish lost control of the Dominican Republic and he was on the move again, this time to Havana, Cuba, in 1795.

He managed nearly 100 of years rest in Havana until 1892 when his body was finally returned to Seville, where you can currently find him . . . But who knows for how long?

But is he really there?

While Christopher Columbus was resting in Havana, an exciting box turned up in the Dominican Republic with the word “The illustrious and excellent man, Don Colon, Admiral of the Ocean Sea.” inscribed on it. Obviously, this means the Dominicans believe they are still in possession of the body of Columbus.

This “body double” is now housed in the Faro a Colon lighthouse in Santo Domingo, and for years Spain and the Dominican Republic had argued over who had the explorers’ real body until recently when DNA tests were performed on the body in Seville.

The results were a 100% match to a different body the is known to be Christopher’ brother, Diego, which has unequivocally proven that Christopher Columbus tomb is indeed in Seville.

But as always it’s not that easy. The Dominican side of the argument is refusing to run tests out of respect to the dead, which sounds a little like they have looked in the box, and it’s empty to me. And without being to rule out their claim, I guess the case is still really open.