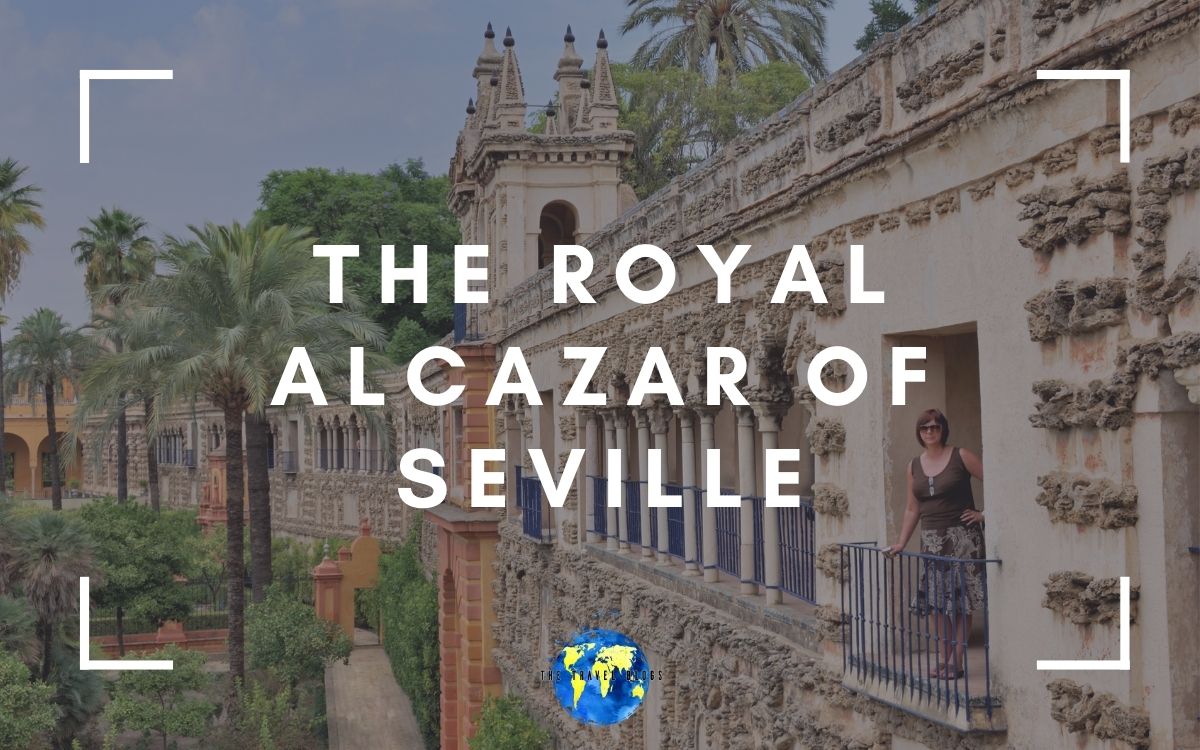 One of the things to do in Seville that tops most visitors’ lists is a visit to the Royal Alcazar of Seville, and thanks to its new fame as a prominent filming location for HBO’s realization of George RR Martin’s smash hit Game of Thrones, it is now more popular than ever.

Declared a World Heritage site in 1987, the Alcazar of Sevilla site is a complex of palaces that have been built by various monarchs.  With more than 1000 years of history, the Alcazar contains Spain’s oldest palaces and some of the best examples of Mudejar architecture in Spain.

Whether you are visiting Seville for the day, or staying longer, there is no doubt this is a must-see.

Mudéjar – of or relating to a style of Spanish architecture from the 13th to 16th centuries, a fusion of Romanesque and Gothic with Arabic.

There is no doubt that the interior of the palaces is stunning, especially the Palacio del Rey Don Pedro; however, the courtyards and the gardens are what many people come to see. The beautiful, multi-layered patios create a maze of pathways that leads you down into the larger, orange tree-lined gardens below. It’s no wonder that a wander through the Alcázar Gardens is the most enduring memories for many visitors to Seville.

Getting to the Alcazar of Seville

As you’d expect, the Alcazar is located right in the heart of the city, next to the Seville Cathedral and on the edge of the Jewish Quarter, also known as Barrio Santa Cruz.

One of the many great things about Seville is how compact it is, so you should be able to walk there quite easily from most of the hotels in Seville.

If you are a little further out, there is a Metro, Tram and of course taxi’s that operate in the center of the city.

It is possible just to turn up and buy your tickets for the Seville Alcazar, but if you do this, expect to be waiting in big queues. So, what I tell you now is crucial.

If you do this, it means you can be some of the first of the day to enter and enjoy it while there are fewer people and also it will be cooler than if you visit in the afternoon. If you are in Seville for a couple of days, be sure to check out my recommend 2-day Seville itinerary for suggestions about fitting everything in.

You can purchase tickets online at the official Alcazar ticket site, and select the time you would like to enter. Your Alcazar of Seville tickets can either be printed or scanned directly from your mobile phone.

Once you enter the site, there is a small gift shop on the left where you can pick up a map and hire a pre-recorded audio guide for an additional €2.

Is the Real Alcazar audio guide worth it?

Self Guided vs. Audio Tour vs. Guided Tour

When it comes to exploring the palace, I definitely recommend getting a guide. The audio guide is a little dry at times (as these things usually are) but quite simple to follow and certainly better than having nothing at all.

The issue with a self-guided tour is that there is very little information anywhere. You will have a map, but there are very few explanations of what you are looking at and why it’s significant.

Alternatively, you can book a guided tour and not worry about a thing. There are many options for Alcazar of Seville tours that can be pre-booked via Get Your Guide. There are also packages available that include an entrance to the Seville Cathedral or tours of the Jewish Quarter, again, a recommended visit.

While I would recommend ruling out the self-guided option, between the other two, I would say it depends on time. If you have plenty, then grab an audio guide and explore. If you are tight on time and want to see, learn, and enjoy as many stories as possible, a guided tour is undoubtedly the way to go.

Most guided tours last for around one and a half hours. If you are using the audio guide, I would allow two to three hours to cover everything, that also gives you time for a refreshment break in the lovely cafe they have overlooking some of the extravagant gardens.

There has been a prominent build on this site for more than 2000 years, but it was after the Moorish conquered the Iberian peninsula the Seville Alcazar really started to take shape. It started as a fortress which evolved over time and by the 11th century was being used as the Muslim king’s residence and state administration offices.

In 1248, Ferdinand III of Castille won back power in Seville, and the Alcazar became the Royal Palace. However, after the conquest of the city, Ferdinand III didn’t live for much longer, and power passed to his son, Alfonso X.

As you’d expect, this marked a significant change in the design of the Alcazar of Seville. In the 14th century, the new Christian rulers favoured more spacious rooms with high ceilings in stark contrast to the small, intimate rooms of the traditional Moorish style.

Architects that had previously worked on Gothic masterpieces such as the Burgos Cathedral were brought in to design Alfonso X’s new palace within the Alcazar.

After Alfonso’s modernizations, it was the wonderfully named Peter the Cruel who was next to build something special as he created the Palacio del Rey Don Pedro which is one of the highlights of a visit to the Alcazar.

From early in Pedro’s reign, it became clear to friend and foe alike that the monarch had a suspicious and vindictive personality. He employed deceit and cruelty wherever he encountered opposition, real or imagined. His unforgiving nature, combined with a very long memory, made it very hazardous for an opponent to attempt reconciliation with the king.

Although technically at war with many of the Arab enclaves that remained on the peninsula, Mr the Cruel had a fascination and love for the Moorish ways and architecture and as such, summoned artists of Arab origin and ordered his palace to be built. The result is a beautiful Mudéjar palace straight from your dreams.

Things settled down for a while with no major works going on, just continual improvements and touches from the various Monarchs that adopted the Alcazar.

It was the Lisbon earthquake of 1755 that introduced the next major change as the façade of the Palacio Gótico was destroyed and rebuilt in the Baroque style to throw another style into the wonder architectural melangerie that is the Real Alcázar of Seville.

While there are fleeting shots throughout the series, the Seville Royal Alcazar became central to the Game of Thrones plot in Season 5 when Jamie Lannister rocks up to get his Daughter (also technically his niece) back. But the chances are if you are reading this, you already knew that. And if you didn’t know that, you probably aren’t reading this as you’ve gone “Uggh, Game of Thrones, eye-roll and skip. But for those of you that are still with me, let’s continue.

Dorne is the southernmost of the Seven Kingdoms, and The Royal Alcazar is the home of the Martell family, the rulers of the kingdom. While it briefly appears in earlier seasons, it is season 5 that really shows off the beauty of the Alcazar of Seville. 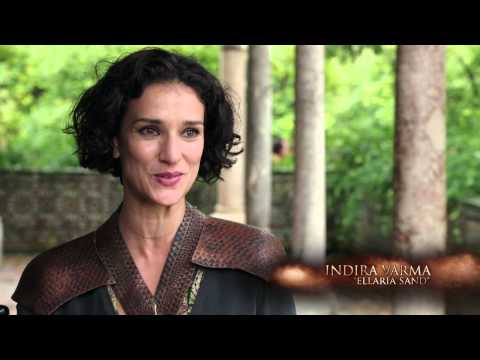 A meeting is held between Doran and Jamie in the stunning Ambassadors’ Hall, you can really get a feel of what the Alcazar may have been.

Other Alcazar of Seville highlights to look out for

Aside from the Game of Thrones filming spots, which as you’d imagine, are some of the nices corners of the site, there are still plenty of pretty spots to look out for.

Some of my favourites from my visit were the labyrinth, a great place to leave the kids if they have wound you up. Also, don’t miss the small staircases built into the courtyard wall, which enables you to get up high for some lovely pictures. But be warned, it’s a tight squeeze so there is a certain amount of waiting for others to go up or down before you can, or just stick those elbows out and plough on through!

Nights in the Garden of the of Alcazar

If you are a music fan and visiting Seville between June and September, be sure to keep an eye out for Nights in the Garden of the of Alcazar. Enjoy outdoors concerts every night with a program comprised of artists of different musical styles including flamenco jazz, and swing.

The concerts take place in the Alcazar’s stunning gardens between King Carlos V’s Pavilion and the Grotesque Gallery, and would certainly provide a special memory of your visit to Seville.

How much is the entrance to the Seville Alcazar?

There are quite a lot of different entrance options starting from €5.50 for the basic entrance. There is an additional fee if you wanted to include access to the High Royal Room and also a dramatized night tour available

It’s worth knowing that admission is free on Mondays. You can still book a queue jump on their website below if you are willing to pay the €1 admin fee. I would say that is certainly worth doing.

Where can I buy tickets for Alcazar Seville?

You can get tickets for entrance and queue jump with no guide on the official Alcazar of Seville ticket page.

What are the Alcazar Seville opening hours?

Closed on the 1st and 6th of January, Good Friday and the 25th of December.

When is the best time to visit?

I would recommend getting the first entry of the day. This means you get a good headstart from the crowds and the sun will not be too hot as you will be avoiding the hottest hours of the day.

How long to visit Alcazar Seville?

Most guided tours take around one and a half hours. However, if you are using the audio guide on your own, I would recommend giving yourself at least two and a half hours to enjoy the full guide and explore properly.

What is Alcazar in English?

It’s a palace-fortress built by the Arabs during the time of the Moorish invasion. The word is a synonym of castle (castillo), and it comes from the Arabic word al qasr.

Should I visit the Seville Cathedral or the Royal Alcazar?

Well, if you only have time to visit one, personally I would favour the Alcazar over the Cathedral. It is Spain’s oldest palace and home to amazing gardens and architecture. The Cathedral is a lovely cathedral, and where you will find the tomb of Christopher Columbus, but there are plenty of very nice cathedrals in the world with plenty of famous people buried, but only one Alcazar of Seville.

If you have any further questions or suggestions, feel free to leave them in the comments, and I can see if I can help and then add them to the post.