Did you miss part one? Read about Cuenca and The Hanging Houses here: A weekend in Cuenca part one, also be sure to check out the Weekend in Cuenca Vlog on out videos page here: The Travel Vlogs

Raquel and I left Cuenca heading North on the CM 2105. It was a quiet, tree lined road, flatter than I thought given that I was expecting mountains. As the sun set and darkness took over, we pulled off onto a narrower road, not quite single track, but not far off and all the sharp bends told me we had reached the mountainous area.

As we climbed I could feel the temperature dropping, up until now it had been pleasant to drive with the windows open. As usual, when driving tight mountains roads, it didn’t take long for a local to find us and get so close to our rear bumper that it felt uncomfortable.

Nervous that this may be our murderous local, we didn’t dare pull over, but it wasn’t long before he got frustrated enough to overtake in a wild manoeuvre that most wouldn’t even contemplate. Relieved that he had passed it wasn’t much longer before we arrived at our home for the weekend, a small resort in Las Majadas called La Utrera.

We parked the car and headed to the bar and restaurant that also acts as the reception at about 9 pm. La Utrera Resort is family run and although the husband seemed rather grumpy, his wife was on hand for a more friendly welcome and she took us to our cabin.

The resort is comprised of ten individual cabins and 4 double rooms in a separate block. Rather uniquely, it also has a bullfighting ring. Luckily there were no fights happening that weekend as personally, I think it is barbaric and rather silly really. Men should be allowed to dress up in sparkly sequined costumes whenever they want and not feel the need to slaughter a bull to offset their manliness against their choice of clothing. At least I think that’s why they do it, to justify they are no less macho even though they like to wear shiny outfits.

Anyway, our cabin was fine. Downstairs had a small kitchen area, bathroom, a living area with tables, chairs and a small television as well as a separate double bedroom and upstairs were three single beds. There was wood panelling on the walls to give it a real countryside feel and at the side of the room was a fireplace with a convenient pile of logs just outside the door. A friend bought the stay when she found a deal on Groupon, just €90 for the two nights. You could easily have four people stay, but with two or four, I still think it represents good value.

The following morning we set off to find a park called Nacimiento Del Río Cuervo. Raquel had visited a several years ago and told me all about it so I was eager to get going.

As we hadn’t planned ahead we didn’t have anything to make our lunch with but luckily you can order sandwiches to go from the restaurant. There is no menu, it’s as easy as if they have it they’ll prepare it for you. First stop was a viewpoint called Mirador Peña del Reloj which is by the Parque Cinegético el Hosquillo.

It was about a 1-kilometre hike from where we parked the car and well worth it. It is a region where in the 60s they tried to reintroduce wild bears and wolves to the region. I have no idea how it went but it did give me something to think about during the hike and I made sure we left the picnic basket in the car, I didn’t want any Boo Boo’s (sorry, lame Yogi Bear joke if you didn’t quite catch that). Anyway, as you can see, the view was pretty stunning.

After the viewpoint, we tried for a long time to find Nacimiento Del Río Cuervo but just kept getting lost. This is essentially what happens when you rely on Sat Nav completely forgetting the fact that it relies on obtaining an internet or 3G connection when searching for the destination and we were pretty much off grid.

We did have an alternate plan, fortunately, we had a map in the car but sadly the roads we were on were too small to make it into print. We comforted ourselves by finding a nice spot by a river to eat our sandwiches and come up with a new plan of action.

We decided to give up seeking the park and head back to an area close to La Utrera called Los Callejones. The name translates to The Alleys, this is because it is a five-kilometre walk on, under, through and around giant stone outcrops that were formed millions of years ago when this entire region was under water.

On the way, we stopped at La Fuente de la Tia Perra as it was marked as a place with water. The name literally means The Fountain of Auntie Bitch and it doesn’t lie, at the top there is a small sign with an image of a tap, suggesting it’s drinking water.

We clambered down to fill the one bottle we had with us (I mentioned earlier about my planning skills, how I haven’t died on an adventure yet I have no idea) to fill it up and found the source. Unfortunately there is another sign there saying ‘Water is not drinkable’.

Auntie Bitch, an apt name. On the upside, there was a large map of the region and we could finally see where we were, where we had been and how to actually get to the park tomorrow. Turns out we gave up searching about 500 meters from the junction we were looking for!

Los Callejones is incredible. While there is a recommended route to take we enjoyed running around like excited kids and exploring our own way. Climbing up and just being able to look out over the bleak greyness of the stone had me imagining that I could be on the surface of the moon, it really felt alien there. After a couple of hours of romping around, we headed back for a relaxing evening.

Waking up nice and early, I was casually packing as a blood-curdling scream came from the bathroom. I thought this is it . . . the farmer is here with his pitchfork. Do I accept Raquel is presumably dead and run away or do I barge in there and attack with the dirty pair of briefs I was just packing?

As the screaming continued I bravely approached to fight. Turns out that the hot water had run out during Raquel’s shower and it was cold, and I felt it, extraordinarily cold.

With no trace of it coming back anytime soon I heated some water on the stove and Raquel had to finish her shower Victorian style. I learnt two things that morning, it is possible to wash with one pan of water, but more importantly, always have the first shower.

With my knowledge of cars, zilch, we sought help in the restaurant. Turns out the owner wasn’t just having a bad day when we arrived, he was just as useful when we asked for help simply saying “It’s cold” and leaving it at that.

Luckily there were three other men who did come and provide help. We headed back to the car and all did that man thing of gathering around the car, holding our chin, nodding whenever anyone suggested what it could be. I have no idea why I was nodding, not only did I not have the vaguest idea what it could be, they were also talking in Spanish so I also had no idea what they were saying. I suppose I just wanted to be part of the crew.

After about 15 mins of tinkering and nodding, miraculously the old Citroën Saxo fired up and we were moving. We were a little nervous stopping at the park in case the car would have a hissy fit again, but we braved it and I’m glad we did.

It took about 45 mins to drive to Nacimiento Del Río Cuervo. Which translates to Birth of the River of the Ravens. There is no cost to enter and there is plenty of free parking. While we were there we noticed some people on a guided tour, however, I didn’t see where you can arrange this but it must be possible.

The walk starts very easily, a well-built wooden walkway guided us and within about ten minutes we reached the main waterfall. There is a bench right next to it making it the perfect spot to eat lunch.

It wasn’t what I had expected, the view of the main falls was concealed by trees rising out of the rock face, although between the branches you could see cascades of water breaking through. What did strike me was the colour of the water, crystal clear, it had a bright emerald shine as it flowed over the moss covered rocks turning to an aquamarine in the deeper spots. It was so pure.

After munching our sandwiches, we continued. The hike became a little more difficult as we ascended the stone steps that mark the route to the side of the falls. At the top was a viewpoint, but it just serves to remind us that waterfalls invariably look better from the bottom up.

We proceeded onward and upwards as the landscape started to smooth out and before long we were at the end of the marked route, we had made it to the birth of the river. It seemed as if you can continue to explore further but with time against us we decided to head back down.

On the way back down the path leads you along the opposite side of the falls and next to the river in a nice loop before returning you to the car park. Overall an excellent little hike which could be completed in an hour but is nice to take longer and enjoy the tranquillity.

As we left and headed back to Madrid we stopped off at one last viewpoint named La Ventana del Diablo (The Devil’s Window). Now I’m not sure if it’s that up until now we had been spoilt by the spectacular scenery of the previous 48 hours but we were both a little disappointed with this one, not living up to its impressive name, but I did get to see some awesome eagles circling above.

It took about two and a half hours to get back to Madrid. Before reaching the main Autopista the road was incredibly quiet as it meandered through the mountains, along a river with rugged cliffs towering above. One of the finest drives I have had in a long time.

All in all, it turned out to be a great weekend, even considering breakdowns and cold showers. To have all of that within just three hours of Spain’s biggest city is a privilege, and one I plan to enjoy many more times. Most importantly of all, no one was murdered in the making of this blog, although . . . we didn’t see our neighbours in the morning and never could quite work out what was in my sandwich.

Visiting Hawaii on a budget: all the tricks and tips you need to know 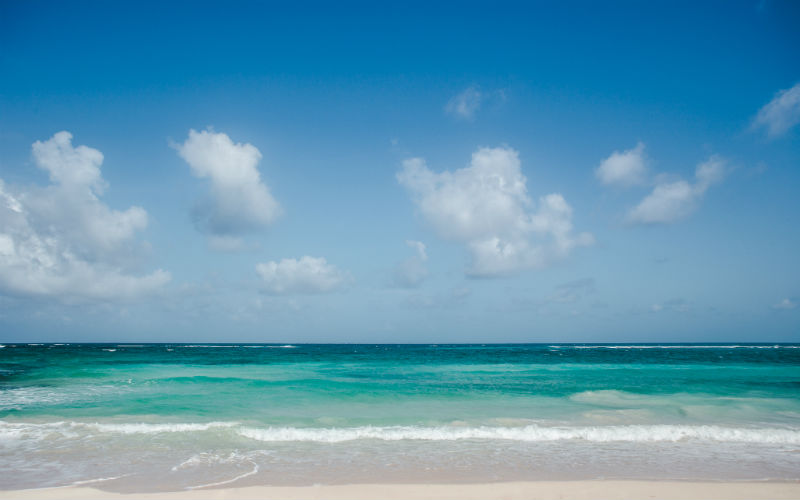 1 thought on “A Weekend in Cuenca, Nacimiento Del Río Cuervo”