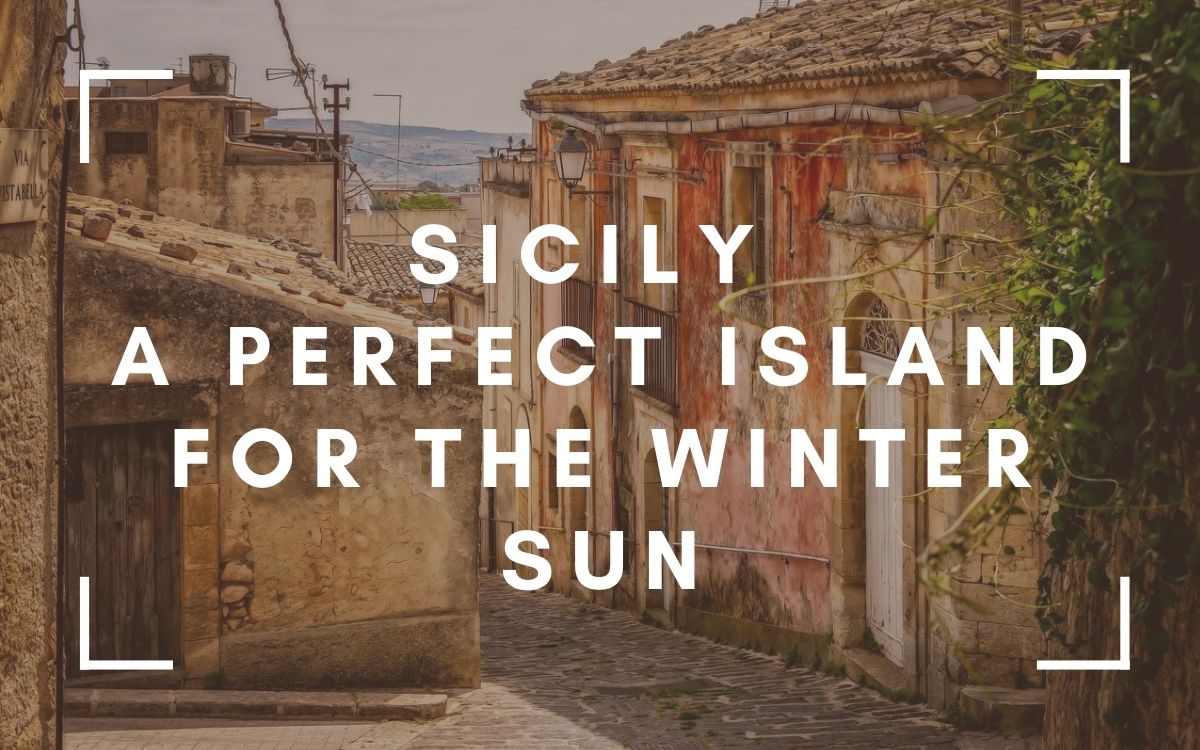 Among the North Mediterranean people, Sicily is renowned as the island of everlasting summer. Obviously, this is an exaggeration, but on the other hand, it’s true that Sicily has a particularly advantageous climate for most of the year, especially for those who are looking for a holiday in the off-season.

Located in the far south of Italy, Sicily is the Mediterranean Sea’s largest island; however, it is separated from the Mainland (more precisely, the Calabria region) by a narrow sea stream (just over 3 kilometers) named Strait of Messina.

Its peculiar placement, right in the middle of the Mediterranean Area, ensures that it receives all the African desert warm currents, while the mountain ranges that run through the Italian peninsula for both its length and breadth, protect it from the cold winds coming down from Northern Europe and Siberia.

This is the reason why, while being on the same latitude of – for instance – Pennsylvania, Sicily has a completely different climate, with extremely sultry summers and mild winters. To be clearer: many Sicilians have barely seen the snow in their own entire lives, and in some areas of the island they’re able to go for a swim in the sea until the first days of December. Which is something literally unimaginable for those who have never experienced the Mediterranean microclimate.

Of course, Sicily could be cold in winter, but not as freezing as most of the other European (or yet Northern American) locations.

For instance, in January, the coldest month of the year in Sicily, the average minimum temperature is 10° C (about 50° F): in Pittsburgh, it’s -7° C (about 19,5° F). In short, we can say that Sicilian summer starts in late April and lasts until mid-October. Spring and Autumn are very short seasons indeed: the first one goes, approximately, from mid-February to April or May, while Fall leads Sicilians directly to the Christmas holidays.

To sum up, the actual Sicilian winter endures, roughly, from the end of December to Valentine’s Day: just in the worst-case scenario, it could last one or two weeks more.

But Sicily doesn’t only mean warm weather all year round. It is also a land rich in history and culture, with reminiscences of Ancient Greece, as well as former Northern-European, Arab, French and Spanish dominions that have taken place over the centuries.

The result of this melting pot of different ethnicities and cultures is clearly visible in every aspect and expression of Sicilians’ everyday life: not just in their art, literature, music, architecture, but also in their cuisine, way of dressing, habits, and traditions.

When it comes to budgeting, Sicily is renowned as one of the less expensive regions of Europe. Both accommodations and transportations are relatively cheap compared to those of the main European destinations, considering as well that it’s an island, and as such it’s slightly isolated from the Mainland.

In Sicily a luxury apartment rental could cost approximately half the price of similar accommodation in Florence, Rome, or Milan. Countryside hotels and rustic escapes are also fantastic options or if you’re on a really tight budget, there are a number of hotels in the larger cities.

There are two main airports on the island, Catania Airport (CTA) in Western Sicily and Palermo Airport (PMO) in the East. Which one you should use depends on the convenience to your final destination, but both have flights from the major European Airlines throughout the year.

I hope by now you have realized that when you are planning a winter getaway, the Mediterranean island of Sicily would be a fine choice. And I haven’t even had to mention the wine and Limoncello!

If you have any particular favorite spots, please share them in the comments and let us know, what did you think of the island?