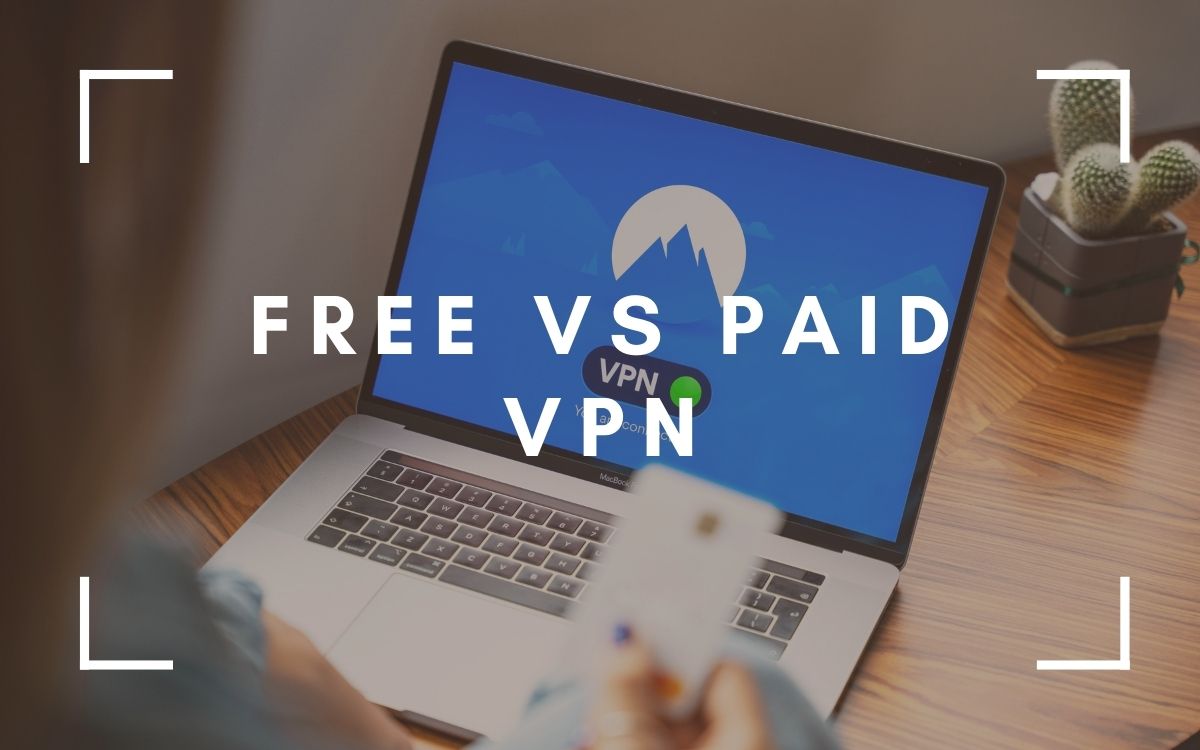 Let’s be honest here, who loves saving a few $$’s from time to time? Especially when it is on digital products that you never really get to unbox or see?

A VPN is one of those digital products that many people know they should use, but aren’t always sure why, or if it is worth spending the money on, especially when there are free services available. So in this post, I want to highlight some of the differences between free vs paid VPN.

The chances are, if you’re an international worker, then you probably already have one set up through your company, however, what about leisure travelers and backpackers? Do you need a VPN and if so, should you be looking at free VPNs or a paid VPN?

Although most VPN services are generally paid for, there are also free services that offer anonymity, but at what cost?

If you want an in-depth look at VPNs and why you should definitely consider getting one, be sure to read my complete VPN guide along with my top recommendations as to the best VPN for travel. But let’s kick this off with a quick overview of what a VPN actually is.

A VPN or Virtual Private Network ensures the online security and privacy of a private or public wi fi network. This is done by using a system or protocol whereby the user’s computer is assigned a new IP address which is owned by the VPN. All of a user’s Internet use is then channeled to the VPN server using data encryption. Once there, it is decrypted and allowed to travel to the new IP.

The user’s Internet Service Provider will only see a single stream of the encrypted data stream between the user and the VPN server. The ISP will not be able to log and monitor or control the user’s internet usage.

What are the advantages of a VPN?

In this day of hacking online accounts, unsolicited data tracking, security and privacy are important concerns of those who use the Internet extensively for work.

Apart from a virtual firewall, up to 256 bit SSL encryption security and hiding your ISP IP address, the other benefits of using a VPN are unrestricted speed and bandwidth and access to blocked websites. Ads on the internet are blocked.

Probably the best-known virtual private network anonymizing service among the free offerings is TOR. This program uses a network of volunteered connections to anonymize your IP and offering privacy when you visit websites or use other resources.

This is a popular solution for those who only need anonymous surfing once in a while. You can do a good job of obscuring your IP but, given enough skill and the time and resources to make use of that skill, your IP can be traced back to you.

Aside from TOR, there are many free services out there, as well, but they do lack some of the principal advantages of paid VPN. Particularly for businesses, paid VPN services have some significant advantages that cannot be easily overlooked.

Free can be slow

Once you start to use a free VPN you will experience the downside. They tend to be slow and hard to get a connection and worse, they often place advertising on your browser to pay for the free VPN services.

And if you look below the surface of advertising-free VPN services you quickly realize that what appeared to be a free one is may actually a scam of sorts.

When the advertiser puts adverts on your browser they also place a permanent cookie on your machine which means that when you get off the free VPN, the cookie persists and shows third parties your real underlying IP so that they can track your browsing habits and send you more advertising.

Is it really secure?

How secure is that? So instead of your ISP getting your IP and browser link history, hundreds of advertisers obtain and store that information on their servers. And advertiser’s servers are rife with vulnerabilities and are hacked regularly so who winds up with your data?

The very hackers you didn’t want to have sniffing and stealing your data in the first place. It was easier for them to steal your data from the advertiser’s server than from yours directly.

Also, often free VPN services have no server security of their own or customer support should anything go wrong.

Unlike a paid VPN provider that has a dedicated team consistently updating and checking their system to secure its servers and protect against the ever-evolving methods of hackers, free VPNs make no such investment.

But, a free VPN does have some advantages. Price is the obvious one, when comparing free vpn vs paid, there is no real money cost involved. This is useful if you only need a VPN network every once in a great while, it may not be worth your while to pay for VPN services.

Other than that, however, the advantages of the paid VPNs are significant enough that they constitute the only realistic choices for business users and for individuals who frequently need anonymity and security.

Overall, paid services are generally much better VPN options for businesses and individuals. The main advantage is that there is a company behind the service and, therefore, there’s someone to call and ask if you have a question.

If you’re switching from a free VPN service to using a paid VPN service, the first improvement you’ll likely notice is connection speed. Paid VPN providers compete partially on the basis of how fast their servers can get their users to web pages, so they do tend to be pretty fast.

If you do suffer slow speeds you can easily switch vpn servers. Paid vpn services make a point of having many server locations for you to jump between, it almost feels a bit like a competition between then to see who can boast the most.

Free services, including TOR, can be agonizingly slow at times.

Additionally, while those free services may obscure your IP, they don’t necessarily encrypt any of the traffic between you and your destination server, which is a significant issue for business users.

When it comes to how secure your data is, even the best free VPN services only have 128-bit encryption where a reliable vpn company, such as Surfshark or Cyberghost will use a solid network infrastructure with 256-bit AES encryption and no logs are kept of your network traffic. That is a pretty solid guarantee that your private information will remain private.

What if something goes wrong?

However, what if something happens? Well, an additional advantage of paid services is that there is an accountable party in the event that something goes wrong.

If a free service fails, of course, there’s not likely to be any customer support available to get you back online. And trust me, a free VPN service will cause a few headaches from time to time.

For businesses, this is a necessity. It’s really difficult to use a free service for business purposes because of the lack of technical support and the lack of a company that can provide assistance if the product turns out to be possessed of one problem or another.

As usual, you get what you pay for. Oh, and on that, most also offer a risk-free 30-day money-back guarantee, so you have nothing to lose by giving them a go. Some may even have limited free access or a ramped down free version you can use.

A paid service will also offer vpn apps for multi-device support ensuring privacy and security on all of your connected devices.

VPN apps are usually a really simple interface and easy to use with a button to turn your paid vpn service on and off. When on, all of your internet traffic will be routed through the companies VPN servers ensuring online privacy. If you want to be more specific, there will be plenty of options available for connections through a country, or even a specific city.

A premium VPN may also provide server security as well as many servers to change or hide IP in many countries as well as an encrypted encapsulated tunnel connection that protects users from any threats.

Some premium VPN services even provide many additional features such as antivirus, antimalware, anti-spam, anti-phishing and firewall protection for its users at its secure servers so that users’ computers are protected against malware long before they get on the users’ network. Now that’s a good premium VPN worth paying for!

Hopefully, now you realize that paying for a VPN is a far superior solution to using the free ones. I guess you have to balance the cost vs the amount of time you’ll be using it, but with many packages starting from as little as $5 per month, many including a 30-day money back guarantee, it is a very small price to pay for peace of mind and customer support.

If you don’t think you’ll be using VPN providers very much, often anti-virus software will have limited VPN usage included as part of their package. For example, I use Bitefinder and get 200Mb VPN usage free. While this won’t help me streaming sports or Netflix, it’s perfect for online backing or other times that I may need to be logged into a secure website.

There are many VPN services out there and using a free VPN is certainly possible – with over 100 premium and 50 free VPN software services, it’s now down to you to choose the right one.